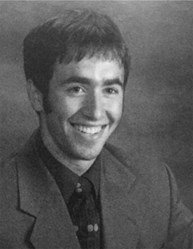 2002 East graduate, Kevin Oppermann has been following his passion and is transforming the farming industry through his belief in the Farm To Table movement.

Oppermann began his Elmbrook journey at Dixon Elementary before moving on to Elmbrook Middle School and Pilgrim Park Middle School and ultimately becoming a Brookfield East Spartan. During his time at East, he was involved in Boys Volleyball, helping his team go to state his junior year and taking on the role of team captain his senior year. “Elmbrook definitely prepared me for the next level of my education,” said Oppermann. “I was fortunate to have teachers that brought out my strengths and helped me work on my weaknesses to become a more well-rounded person. I find myself, to this day, thinking of Mrs. Kessler in fourth grade at Dixon reminding me to write down my to-do list in my assignment notebook and how I still use that in my current career.” Kevin also praised his teachers and administrators: Ms. Coyne, Mr. Coffey, Mr. Rose, Senora Dekker, and Dr. Schroeder for their impact on him throughout his Elmbrook career and beyond.

Following his East graduation, he attended Luther College in Decorah, IA where, in 2006, he earned his B.A. in Business Management with an Economics focus and a Mathematics minor. Kevin then applied to work at Epic in Verona, WI where he became a project manager and worked with hospital personnel and CFO’s around the country to implement leading electronic medical record software. Oppermann’s work over seven years with Epic affected hundreds of hospitals and millions of patients, and it was during this time that he met his wife.

While working at Epic, Oppermann became interested in the local food movement and having grown up with a family farm in Fitchburg, he developed a strong passion for agriculture. In 2012, he and his wife purchased land in Dunn, WI near downtown Madison and began Highland Spring Farm. They purchased Scottish Highland cattle for their land and, in 2013, his family's interest in pastured beef and eggs grew, driving Kevin to leave his career at Epic to farm full-time. Beginning with two cows and calves, the farm has since expanded to roughly 45 cows, as well as raising pork, chicken, and eggs.

Oppermann is a strong proponent of the Farm To Table Movement which stresses the customer getting to know those that grow and raise their food so they are able to have a better understanding of what they are consuming. This is a method that many restaurants are embracing as they continue to buy their goods from certain farms and farmers’ markets rather than purchasing wholesale.

“Today we also work with the Wisconsin DNR and UW graduate students researching the benefits of grazing to an ecosystem and how to use cattle to reduce costs in maintaining Wisconsin's grasslands,” stated Oppermann. Highland Spring Farm supplies products to a handful of restaurants and businesses in the Madison area (including several James Beard Foundation-nominated chefs). The Oppermann’s also sell directly off the farm and welcome people to come out and see the way they raise their animals.

For more alumni stories, district updates, and to connect with fellow alumni, follow Elmbrook Schools on LinkedIn. To recommend an alum for our series, please click here.