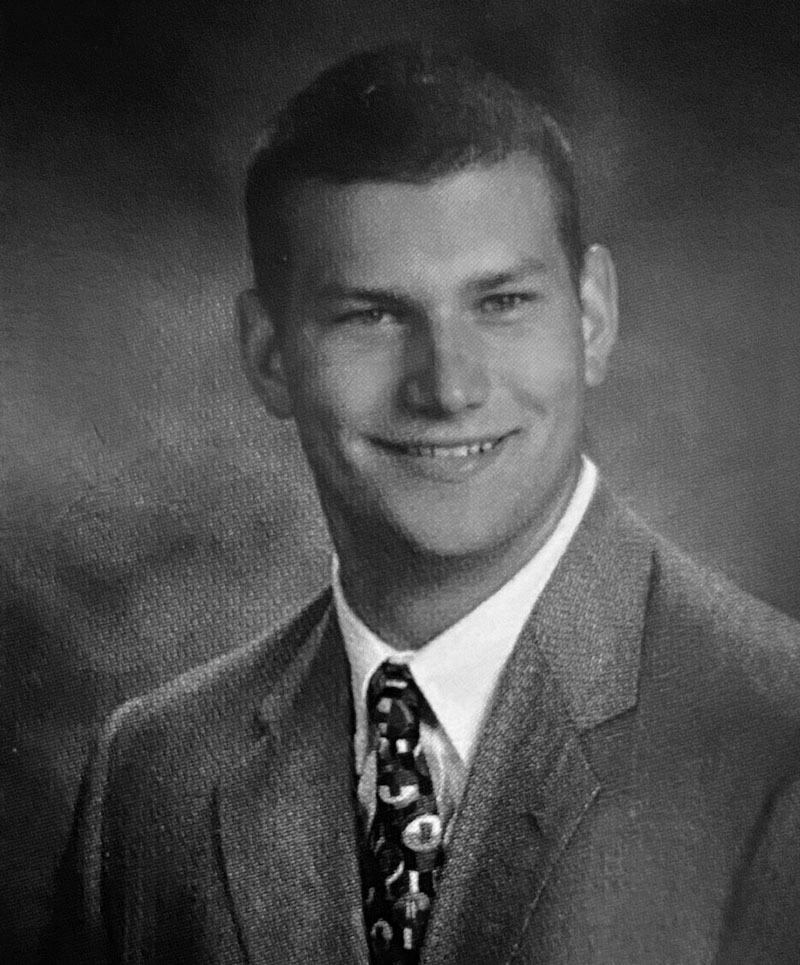 Joe Thomas is a Lancer graduate and retired football offensive tackle who was recently honored with fellow alum Kenny Harrison with the dedication of the Harrison-Thomas Stadium at Central.

Thomas’s Elmbrook journey took him from Hillside Elementary to Wisconsin Hills Middle School and Brookfield Central High School where he was involved in football, track and field, and basketball. “My rigorous educational experience at Central did an amazing job of preparing me for college and made the transition to higher education easy,” reflected Thomas. He highlighted his Advisor and Football coach Bruce Follo, Math Teacher and Football coach Scott Nelson, Track & Field coach and Physical Education Mark Pulkownik, and Physical Education teacher and Coach Mark Adams for the impacts they had on him as a student and an athlete. While at Central, Joe set several school records in track and field including shot put and discus throws.

Following his graduation from Central in 2003, Joe continued on to UW-Madison where he attended the Business School in the Real Estate program. During his time, Thomas was active as a member of both the Football and Track and Field teams and earned unanimous All-American honors. Then in 2007, he left UW after being drafted by the Cleveland Browns in the first round.

During his NFL career, Thomas played offensive tackle as number 73 where he received numerous accolades, played in 10 Pro Bowl games from 2007 to 2016, and was named First Team All-Pro 6 times and Second Team All-Pro twice. Additionally, Thomas’s streak of 10,363 consecutive snaps played makes him the NFL record holder. Joe retired from the field in 2017 after 11 seasons and is regarded as one of the greatest offensive linemen of all time. “My favorite part of my football career was getting to meet all the incredible people and the relationships that I was able to build with my teammates,” Joe said. “It’s also just really cool to get paid to play football every week!”

Following his retirement, Joe moved to an analyst position with the NFL and is an ambassador for the Cleveland Browns. Joe also hosts a podcast called The ThomaHawk Show with fellow Browns teammate Andrew Hawkins. “Being involved in the media side of things is great because I still get to be involved with a game that I really love, but I don’t have to worry about things like injuries,” reflected Thomas. Since the COVID-19 pandemic, the NFL has set up a studio in his home that he’s able to broadcast from.

In 2020, the new Brookfield Central football stadium was dedicated to both Thomas and Olympian and fellow Lancer Kenny Harrison. “That experience was extremely humbling,” Joe reflected on the Harrison-Thomas Field. “It’s an honor to have my name up there next to an American hero like Kenny.” Today, Joe lives in Madison, WI and continues to be involved in a number of volunteer and charity opportunities, including Buckets for Hunger in Madison, The Providence House, USO of Northern Ohio, and the midwest restaurant Mission BBQ, among others.