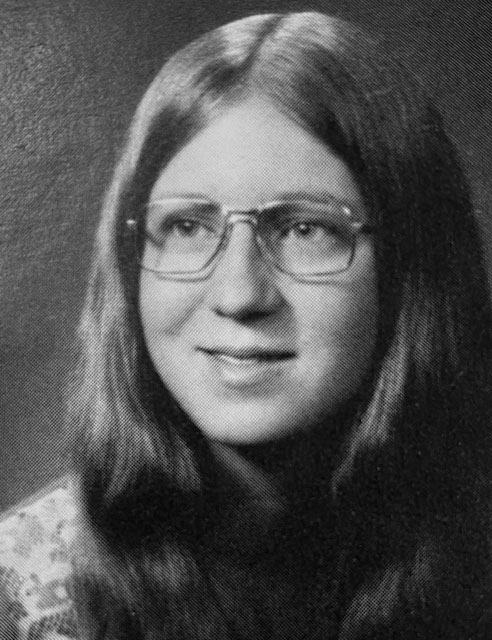 Lynn Price was first inspired to protect the environment in her sixth grade class at Leland Elementary, and in 2007 she was awarded the Nobel Peace Prize for her work as a member of the Intergovernmental Panel on Climate Change (IPCC).

Lynn's education began in Elmbrook at Leland Elementary. While at Leland, her sixth grade teacher Sandra (Rothe) Lawrence engaged the students in a number of class projects after she attended Senator Gaylord Nelson's Teach-in that focused on new green initiatives such as environmental protection, ecology, and recycling, including picking up trash in Elm Grove on the first Earth Day in 1970. These activities sparked Lynn's love for ecology and environmental science that she would devote her life to. Lynn continued to Pilgrim Park Junior High and Brookfield Central High School where she was involved in Drama and a number of sports. "My Elmbrook education gave me other perspectives and worldviews that I am very grateful for," reflected Lynn. "I was able to find avenues to the world through my teachers and their lessons."

After graduating from Central in 1976, she attended the University of Michigan's Arts program but decided to switch her focus to Cultural Geography at the University of Wisconsin - Madison instead. There she earned her Bachelor of Arts in Geography with distinction in May 1980 and then continued on to earn her Masters of Science in Land Resources from the Nelson Institute for Environmental Studies in May 1982. During her time in higher education, she became involved in a number of political and environmental movements. Lynn and her husband John moved to California following her graduation where he attended UC Hastings College of the Law and Lynn took a position at the UC-Berkeley Library.

While volunteering at a solar energy workshop in San Francisco, Lynn coincidentally met a Brookfield East / UW graduate, Lynn Danielson, who helped her get her first consulting job at MHB Technical Associates in San Jose. After having their second child in 1988, Lynn and her husband moved to Berkeley in 1990 and she took a position with the Lawrence Berkeley National Laboratory to work with 'the godfather of energy efficiency', Arthur Rosenfeld. There Lynn continued to move up the Lab's science and management tracts through the years. "The Lab was an amazing platform for promoting the research that I wanted to do and it got me involved in a number of other great opportunities," said Price. Two of these opportunities were the Intergovernmental Panel on Climate Change (IPCC) and the China Energy Group which brought with them a great deal of international travel and research.

The work of Price and her IPCC colleagues was recognized in 2007 when they were jointly awarded the Nobel Peace Prize with Former Vice President Al Gore. "That award was an incredible and joyous shock because we didn't even know we were nominated," Price stated. "It was wonderful to share that honor amongst my colleagues and know that, above all else, it highlighted the work we had done." She later worked on a research team that provided behind-the-scenes analytical support for 2015's Paris Agreement.

"I grew up immersed in the beautiful, rich outdoors of Wisconsin and having worked around the globe in places that haven't protected their environments, I have seen firsthand why we need to preserve what we have," reflected Price. "I'm incredibly grateful for my Wisconsin upbringing and the journey that began with my Elmbrook education."

Today, Lynn and her family still live in Berkeley, California. She retired from the Lab in 2017 but stays active as a senior advisor to the Lab and other organizations. Price also volunteers with kids in the Tilden Nature Area, does citizen science work with the California Academy of Sciences, serves on the Board of Directors for Ecology Project International, and has been an active political volunteer. In November 2020, Lynn will receive a Lifetime Achievement Award from the Lab for her work and environmental contributions throughout her career.

You can learn more about Lynn and her work by visiting her Lawrence Berkeley National Laboratory profile.