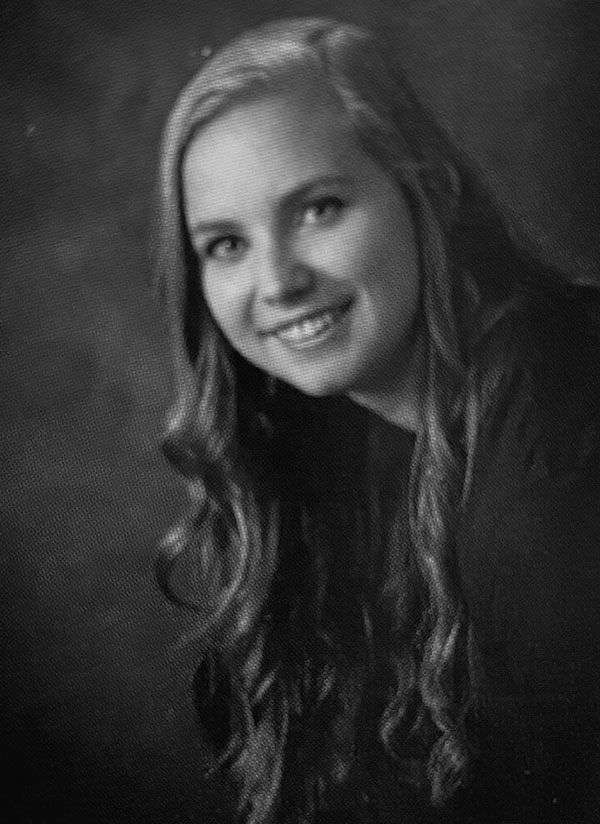 Maddie is a 2015 Lancer graduate who works in the State Capitol as a Research Assistant for Representative Robyn Vining.

Maddie’s Elmbrook journey took her through Swanson Elementary and Wisconsin Hills Middle School before coming to Brookfield Central where she was active in Band, Color Guard, Marching Band, Jazz Band, Junior State of America (JSA) and Key Club. “I appreciate the various opportunities I had as an Elmbrook student,” reflected Palzewicz. “I was able to take many AP courses which contributed to me graduating college in 3 years with a double major and certificate minor and the ability to study abroad for a semester. I also had so much fun with rich extracurricular options that gave me life-long friends.” Maddie highlighted her band and JSA experiences as the most impactful to her, and thanked her fourth grade teacher Mr. Gebauer who taught her about the Wisconsin State Government that she would later work within.

Following her Central graduation in 2015, Maddie attended the University of Wisconsin - Madison where she was active in Women’s Club Ultimate Frisbee. In the Spring of 2017, Maddie interned in the Wisconsin State Senate and learned about the inner workings of the State Capitol. In the Spring of 2018, Maddie studied abroad at Universidad Complutense de Madrid, later that year she graduated from UW with a BA in Political Science and Spanish and Certificate in Gender & Women’s Studies. After receiving her degree, she worked for her father’s (Tom Palzewicz) U.S. Congressional campaign where she learned firsthand about the campaigning side of politics.

Shortly after her time on the campaign trail, Palzewicz pursued job opportunities in the legislature and began as the Legislative Assistant for Wisconsin State Representative Robyn Vining of the 14th Assembly District (Brookfield, Wauwatosa, and Milwaukee) where she has worked for over two years. “My favorite part of my career has been how much I’ve learned about and have been involved in the legislative process of Wisconsin,” stated Maddie. “I’ve met some truly incredible people through my time working in the legislature and on campaigns.”

Today, she lives in Madison with her boyfriend and they will be adopting a rescue dog soon. She is also planning on pursuing her Master’s degree in Public Affairs in the coming future.