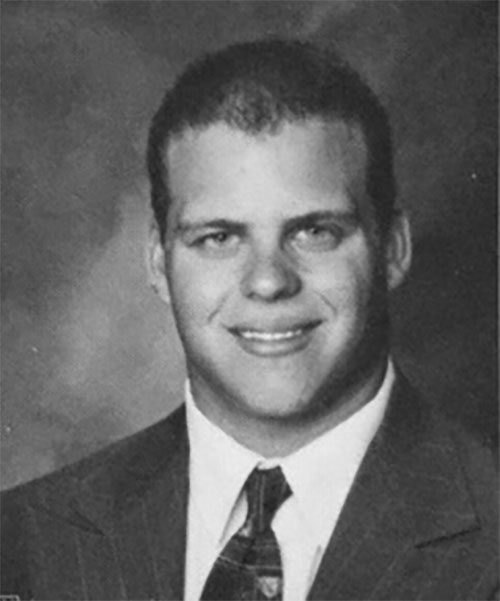 Marty Skibosh is a Spartan graduate whose work as an editor has given credits in a slew of hit shows like Wipeout, Fear Factor, Supernatural, and Magnum P.I.

Skibosh attended parochial school before transferring to Brookfield East High School. During his East education, he was also actively involved in football, cheerleading during basketball season, and baseball. His experiences in East's sports programs showed him the power of teamwork and instilled collaborative skills that he uses every day. Coach Steiner had an impact on Skibosh, teaching him the importance of resiliency and working together. "Coach Steiner was honest with us and sincere in his feedback in order to help us reach our potential," he reflected. "People in LA are always collaborative, but I can quickly tell who was involved in sports and who was not based on their ability to handle criticism."

After graduating from East, Marty received a full scholarship to play baseball at Cardinal Stritch University in pursuit of a computer science degree. "I had always been interested in film and Industrial Light & Magic's website always had openings for computer engineers," explained Marty. "At that time, I had no idea you could actually get a film degree in Wisconsin!" After his first year he decided to transfer to UW-Oshkosh where he changed his focus to the Radio, TV, and Film Production program. While at UWO, Marty took his cheer experience from East and helped to build the Cheer and Stunt team that would go on to become four-time national champions.

Marty graduated from UWO in 2003 and applied for and was accepted into an editing internship program at the Television Academy of Arts and Sciences, which prompted him to move to Los Angeles. After interning for two months, he got his first job on a reality talent show called Live in Hollywood. Though that show didn't last long, Skibosh soon received a lead assistant editor position at Mark Burnett Productions, the company responsible for primetime reality shows like Survivor. After working on some smaller shows, Marty moved up and started editing shows like Fear Factor, Celebrity Apprentice, and ending up cutting the pilot for the hit reality game show Wipeout. "They gave me and another editor the footage for Wipeout and said 'make it funny'," Skibosh recalled. "I ended up creating the Telestration guys for the show to help illustrate the stunts that the contestants had to perform, and the widespread success of that show still amazes me today."

Marty went on to edit a show for A&E entitled Beyond Scared Straight that followed at-risk teens that went on jail tours. "That show really opened my eyes to a different way of life," said Skibosh. "The realizations that the kids involved came to were incredibly powerful and heartbreaking." In 2014, he was nominated for an American Cinema Editors Award for Best Edited Non-Scripted Series for his work on the show.

Today, Skibosh has transitioned to the world of scripted television where he edits shows like CW's drama Supernatural, and CBS's Magnum P.I. reboot. Marty lives in Los Angeles, California with his wife and two children, but still calls Wisconsin home.

You can learn more about Marty's career by visiting his IMDb page here.