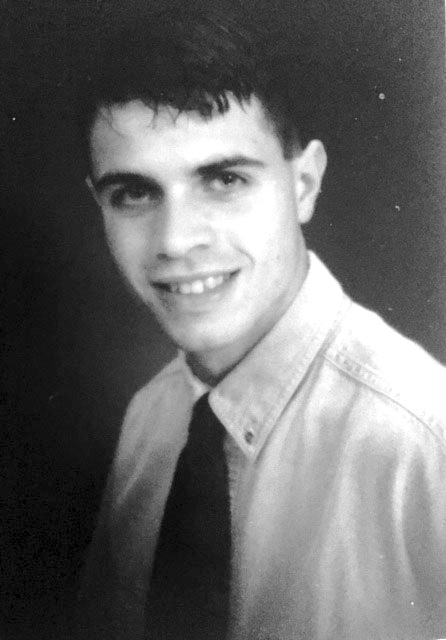 Nick Korpela is a proud Spartan who has been helping others across the country through his work in the finance industry for nearly 20 years.

Nick’s journey through Elmbrook began at Dixon Elementary and continued to Elmbrook Middle School (currently Pilgrim Park) before attending Brookfield East High School where he was active in Football and Track and Field. “I had great teachers and coaches that truly cared about me as a person and took pride in ensuring that we were set up for post-graduation success,” reflected Korpela. Nick highlighted his science teacher Greg Wolfe and coaches Joe Sciortino and Dan Pavletich for their passion for helping students achieve, and for their respect and friendship throughout his time at East.

Nick graduated in 1998 and continued his education at the University of Wisconsin - Eau Claire where he ran track during his first two years of college. In 2002, Korpela earned his Bachelor's degree from UWEC in Marketing with a certification in Advanced Business Communication. Following his undergraduate education, Nick started his career with Wells Fargo in Minneapolis where he worked as a Bankruptcy Specialist in the Auto Finance Division. He then moved to Phoenix, Milwaukee, and back to Minneapolis, advancing his career along the way as an underwriter and gaining experience in the mortgage industry while at the same time attending night school to earn his MBA from Cardinal Stritch University. “Moving around the country and meeting so many amazing people and friends has been the absolute best part of my career,” said Nick.

Denver, CO was his next stop in 2014 where he assumed a Government Mortgage Underwriting position with the company before being promoted to Lending Manager where he oversaw a team responsible for reviewing FHA and VA home loans. After 15 years with Wells Fargo, Korpela left in 2017 to assume the role of Director of Operations at LenderLive, where outsourcing is provided to other financial institutions that offer mortgages but don’t have the infrastructure to support the product.

“We live in a world where everything centers around speed,” Korpela explained, “and one thing that I’ve learned through my career is that we cannot listen to people faster. By taking the time to listen to others when they speak and dissect what is being said, we can absorb good ideas and encourage acknowledgment of the present.”

Today, Nick is Vice President of Operations at LenderLive and is responsible for overseeing the loan fulfillment operation for multiple financial institutions that utilize their services. He lives in Denver with his wife, Erin, and loves exploring the outdoor activities that Colorado has to offer, travelling around the world, and cheering on Wisconsin sports teams.

Join the Elmbrook Alumni Network today to engage with fellow alums at alumni.elmbrookschools.org!
For more alumni stories and district updates, follow Elmbrook Schools on LinkedIn. To recommend an alum for our series, please click here.