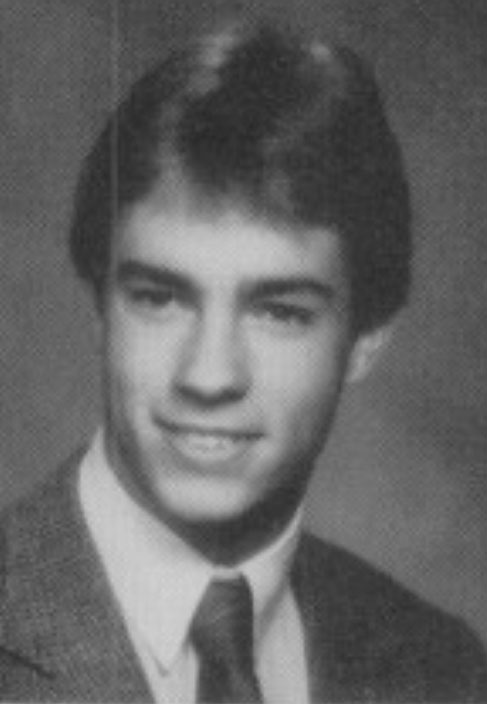 Lancer graduate Tommy Lueck uses his passion for theater and experience on Broadway to direct renowned musicals at his alma mater each year.

Tommy began his journey in education as a student at Elmbrook's Linfield Elementary School, before attending Pilgrim Park Junior High School and Brookfield Central. While at Pilgrim Park, he fostered a love for the arts through his involvement in Art Club and Drama Club which included small plays and musicals on the gym's stage. In high school, Tommy was a member of the Boy's Gymnastics team, served as Class President, and was heavily involved in Chamber Choir and school musicals.

"So many teachers had a positive impact on me, especially my Literature teacher Kay Knutsen-Esposito and Chamber Choir teacher Kay Hartzell," reflected Lueck. "Both were incredibly inspiring, imaginative, fun, animated, and made the literature, poetry and music in their classes come alive!" Tommy also recognized English teachers Jeri Kien and Nancy Scripto for their influence and passion for their subject material.

Tommy graduated from Brookfield Central in 1985 and continued his education at the University of Wisconsin - Madison where he was involved in campus politics, music and theatre; served as a Wisconsin Student Senator; and toured with the Wisconsin Singers. He graduated from UW with a degree in Political Science and came home to Brookfield. "I was not sure how to begin my job search and had a difficult time self-directing any sort of real career path," said Lueck. He eventually landed a job as a mental health and drug abuse intake counselor for teens in the area and worked directly with clients nationwide.

Tommy was simultaneously performing in musical theatre at the Sunset Playhouse, Broadway Baby Dinner Theatre, and Skylight Opera Theatre. He eventually landed the role of Jack in Skylight's production of Into The Woods and received eligibility for his Actor's Equity card. With his card in hand, Lueck moved to New York in 1993 and found a job working for a Broadway Tony Award-winning producer on the 10th floor of the Sardi Restaurant building. Working there as a production assistant on the shows Amphigory (Edward Gorey) and Three Tall Women (Edward Albee), he was able to meet lots of unforgettable people in the profession and work with a traveling educational theatre group touring up and down the East Coast.

Lueck returned to Milwaukee a few years later and began working as a Musical Theatre Teacher at First Stage Children's Theatre. "At First Stage, I was able to combine my interests in education, music, and theatre while continuing to perform at the Skylight Opera Theatre," said Tommy, "which then inspired me to attend Alverno College to earn my teaching certification." His first teaching position was as a choir teacher in Hartland, and in 1997, he was hired to teach at Brookfield Central!

"I owe a lot to Elmbrook - it's not only a great District but an amazing community of people," commented Lueck. "I love being able to help inspire and enrich students with Fine Arts interests and the common sense of community, space, and people in Elmbrook furthers those interests. Elmbrook prepared me well to be the best student and person that I can be, and I love being able to help pass on those skills to future generations."

Today, Lueck teaches AP, General, and Abnormal Psychology at BCHS and uses his vast theater experience to create amazing musical productions at Central. "It's funny but my favorite part of working with students is the amount of laughter that I get to experience on a daily basis," he said. Tommy also volunteers at Sunset Playhouse in Elm Grove and will be directing its upcoming summer musicals Hairspray (2019) and West Side Story (2020); serves as frontman vocalist for Milwaukee's five-time WAMI award-winning swing big band, Swing Nouveau; and performs in the doo-wop group, Four Guyz in Dinner Jackets. "I hope to be as inspiring to my students as many of my teachers were for me."