On Saturday, June 26, the Brookfield East Boys Tennis Team finished off a perfect 21-0 season by sweeping Marquette (7-0) and bringing home the Division 1 gold from the WIAA State Championship in Eau Claire! The weekend before, East Juniors Henry Irwin and Reed Scullen took the gold as the Division 1 Doubles State Champions!

"This season was a product of hard work - decades of hard work put in by each and every member of our squad," said Coach Linda Lied. "This team is a brotherhood and these boys pushed each other every single day."

The individual record for the season was an impressive 200-19, and the wins mark their first state title since 2014. Congratulations to all the athletes and Coach Lied on this perfect season. You can read more about the season here and see championship results here. 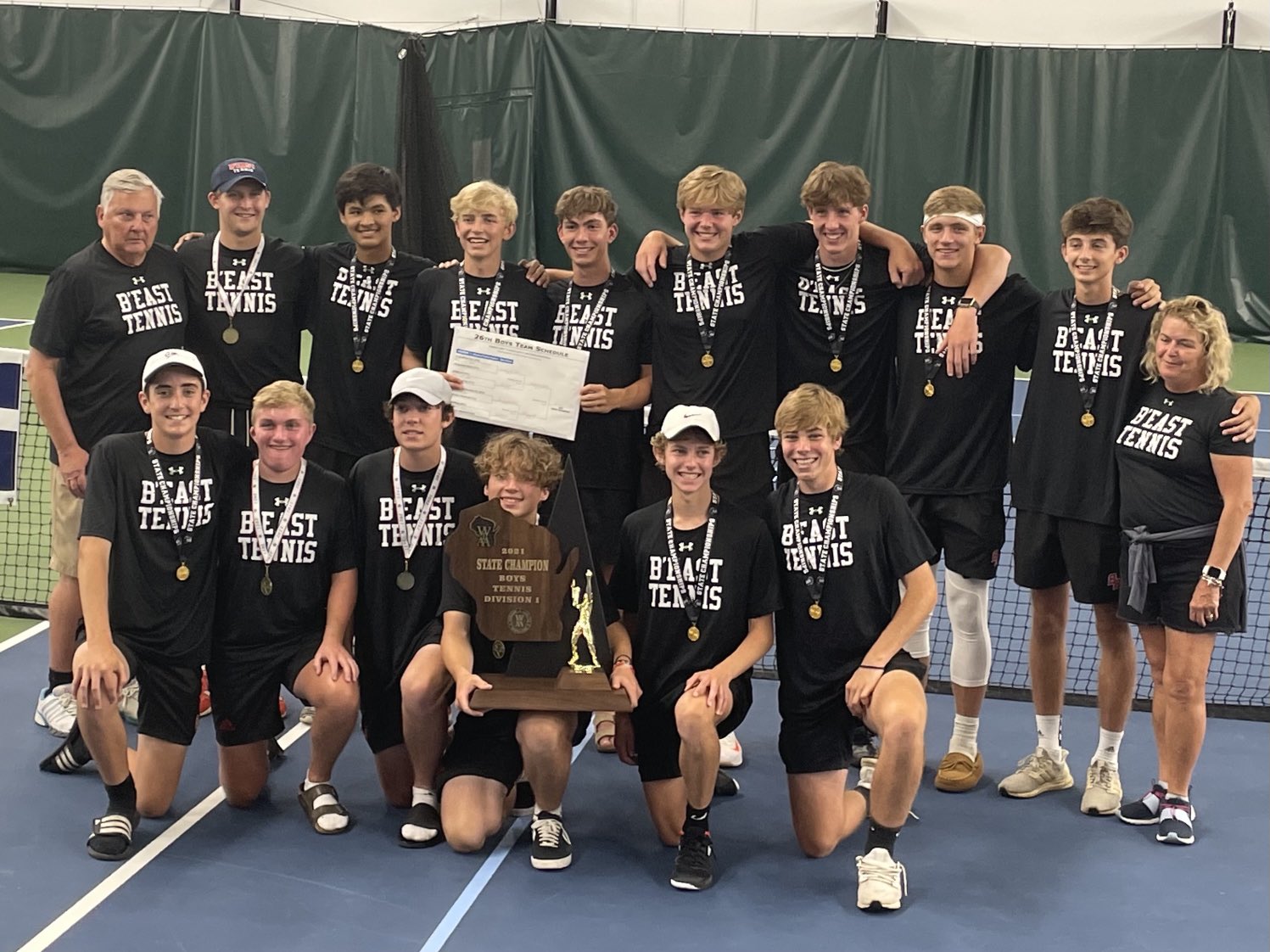