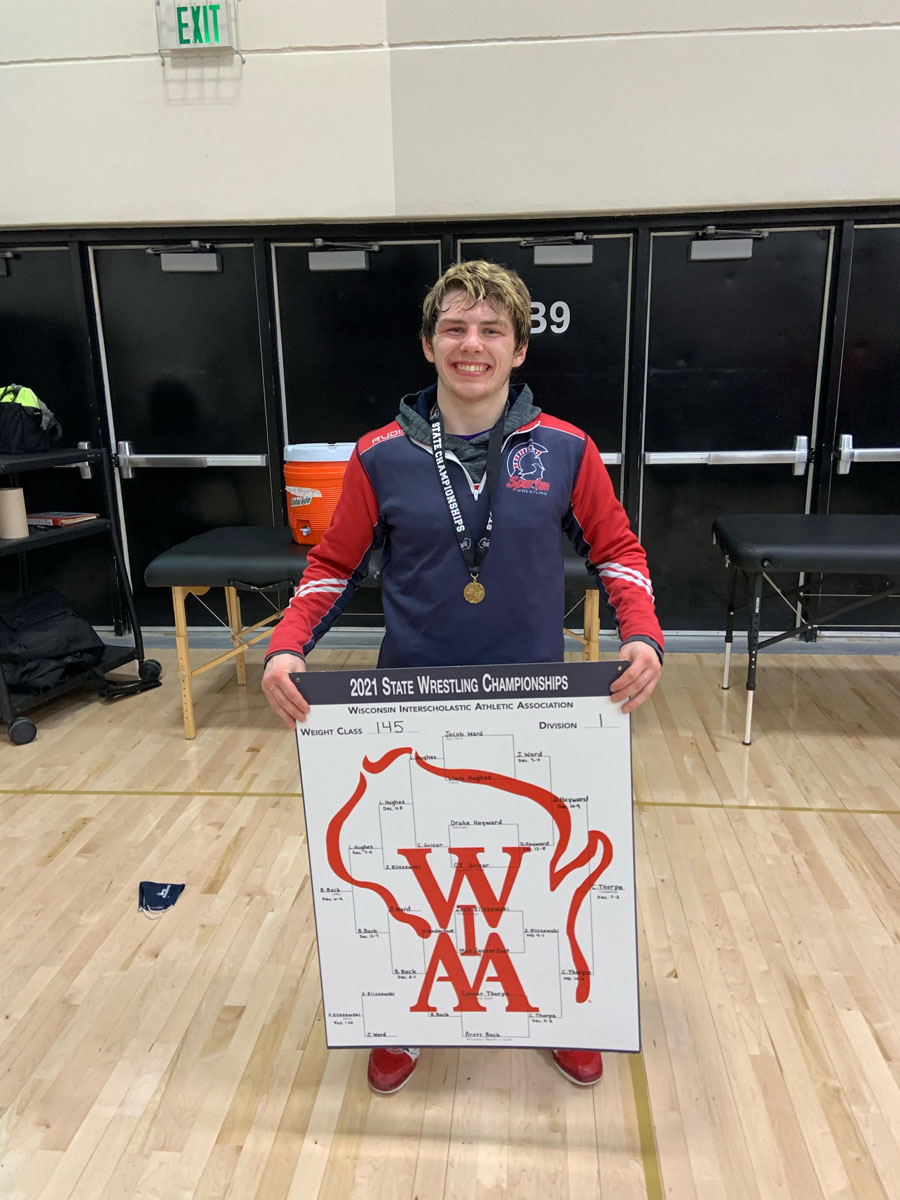 On February 13, BEHS Senior Connor Thorpe won the school's second-ever state championship in Wrestling with a season record of 13-0! Thorpe is a four-time WIAA Individual State qualifier and placed third in the state tournament for his first three years at East. This year, he took home the WIAA Division 1 State title in the 145lb weight class in Kaukauna, WI. Connor will also travel with his team to the WIAA Team Wrestling State Tournament on February 20.

"Connor's goal setting, work ethic and continuous drive led him to become a state champion," said Ben Westphal, Associate Principal for Athletics & Activities. "We are so proud of Connor and appreciate his leadership and all that he has done for BEHS in the classroom and for the wrestling program."

Congratulations, Connor! Connor is coached by Andrew Mueller who was presented his 2019-20 District 7 Wrestling Coach of the Year Award by the WWCA at the sectionals tournament in January.