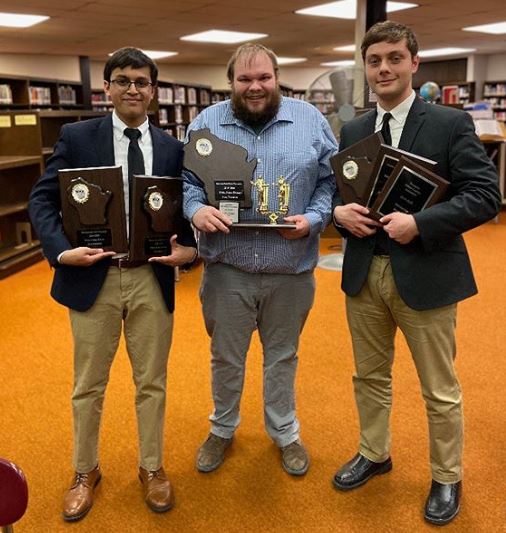 The Brookfield East Debate Team had an outstanding performance at the state tournament on January 21.

In Public Forum Debate, Vivek Srivastava and Bera Demirbilek won the state championship on a unanimous 5-0 decision. Vivek was named top speaker of the tournament and Bera was named 2nd top speaker.

More photos can be viewed below.