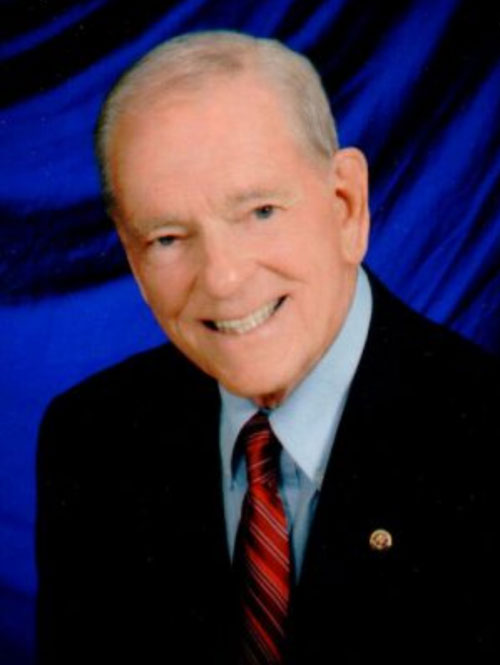 Gerald "Jerry" F. Stern, former Brookfield East administrator passed away on Friday, August 16. Mr. Stern was part of the first faculty at Brookfield East, serving as a biology teacher and head track coach when the school first opened in 1962. Jerry then transitioned into administrative roles at BEHS, first as Vice Principal in 1966, then as Principal between the years of 1978 - 1985. He retired in June of 1985 with 23 years of service to Brookfield East. He was well-loved and remained a strong supporter of Brookfield East and the School District of Elmbrook throughout retirement. Jerry frequently visited the Spartan Union, attended several athletic events, and organized a student tour of the USS Milwaukee in 2015.

In October of 2017, the Stern Excellence Center, a staff and student collaboration space at Brookfield East, was renamed in his honor. That evening Mr. Stern shared, "The bottom line is that young people are our future. They are the most important natural resource." He truly loved Brookfield East and was always a champion of our students, staff, and school.