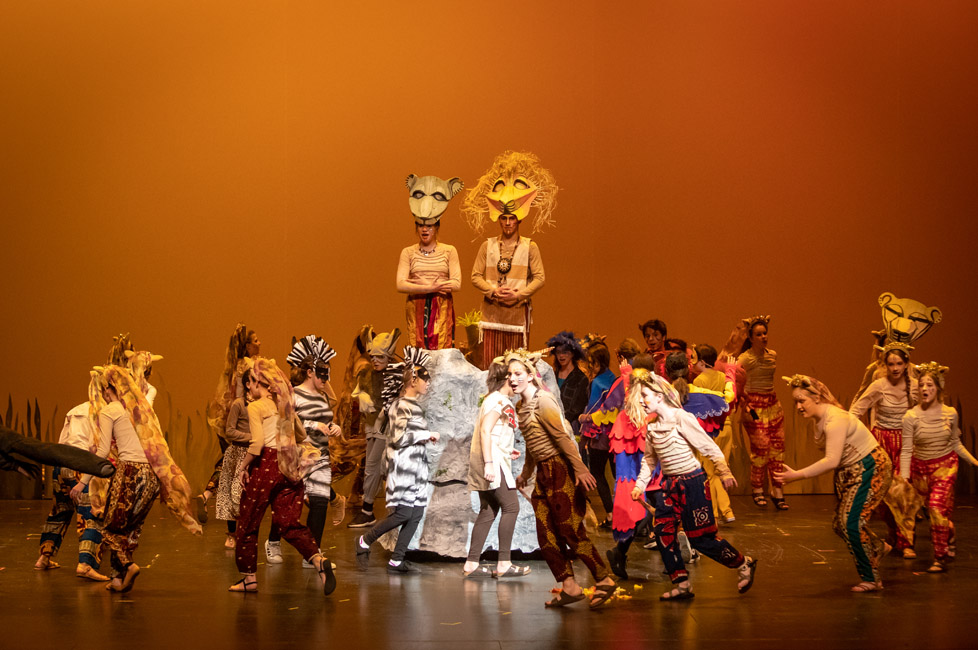 Pilgrim Park Middle School students held three performances of their 2020 musical The Lion King, Jr. at the Sharon Lynne Wilson Center from February 6-8 including a sold-out Saturday performance. With rehearsals beginning in November, the production involved 105 sixth through eighth-grade students as both members of the cast and crew along with countless parent volunteers.

"It's amazing watching the kids become a community that comes together to create something bigger than themselves," said Director David Michels. "The cast and crew run the entire show including lights, mics, music, and scene changes and I couldn't be more proud of what they accomplished."

Congratulations to everyone involved in the production. Check out photos from the show below!