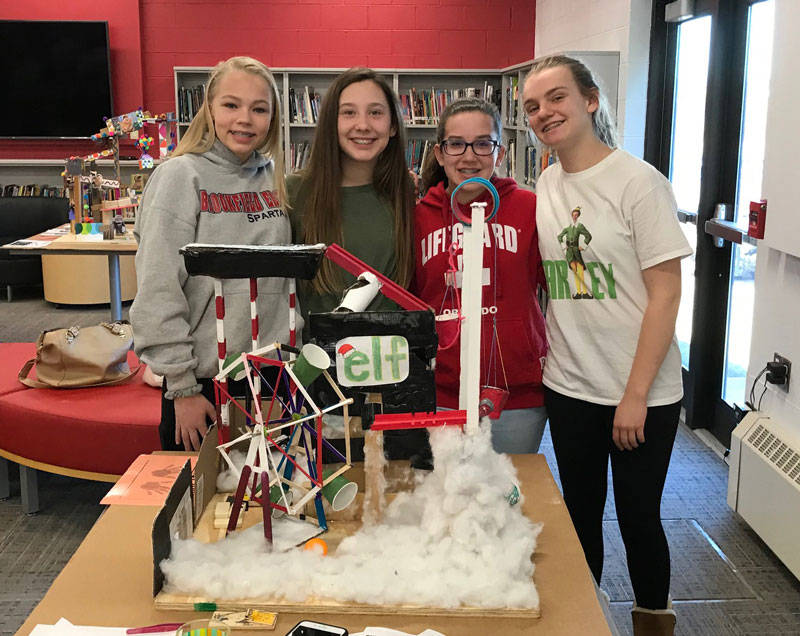 This year's theme of "Let's Go to the Movies" inspired machines designed around themes and elements of popular Hollywood films including Harry Potter, Mary Poppins, Star Wars, and more. Each team is given roughly two weeks to create a machine which is put to the test as they are given five minutes to complete two successful runs and present their narratives, following a series of questions from the judges.

This year, Team #6's Elf-themed machine was crowned the champion of the competition. Second place was given to team #12's Mary Poppins machine, and third place went to team #16's machine themed after Pixar's Up. Awards were also given to Wild Card machines based on their complexity.

Congratulations to all participating students!

Shown above: Team 6 with their Elf-themed machine, see more team photos below.