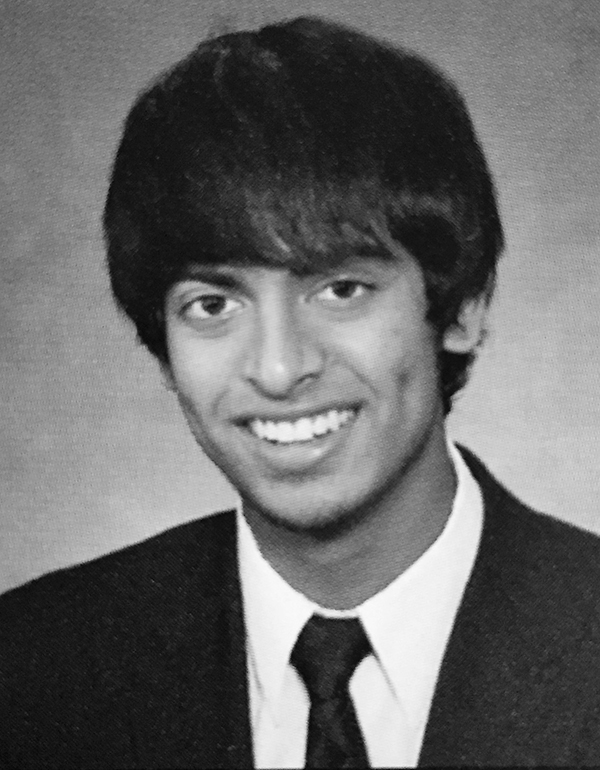 Olikara began his Elmbrook career at Burleigh Elementary before moving on to Pilgrim Park Middle School and Brookfield East High School. During his time as a Spartan, he served in a number of leadership roles - as President of the National Honor Society, Section Leader in Symphonic Band, and Editor-in-Chief for the Spartan Banner. At 17, he was recognized as an "18 Under 18" winner by OnMilwaukee.com for his musicianship and activism while at Brookfield East.

"There is a lot that stands out from my high school experience at East," said Olikara. "From the dedication of the teachers, the chance to explore and perform music, the entrepreneurial experience of starting an organization, and the friends who have remained close over the years - Elmbrook seamlessly builds a strong sense of community." Steven's gratitude to his teachers includes Ms. Leupold who empowered her students as health activists, Mrs. Kossoris for her teaching of effective writing, Mr. Harder for activating his science interest, and Mr. Crandall for helping to develop a capacity to quickly solve problems.

Following graduation from East, Steven continued on to the University of Wisconsin-Madison where he double-majored in Political Science and Environmental Studies with a minor in Global Health, and was elected Senior Class President. Olikara currently serves on the Board of UW-Madison's International Division. After graduating from UW in 2012 as a Truman Scholar and Udall Scholar, he went on to found the Millennial Action Project (MAP), a nonpartisan organization of millennial policymakers working to bridge the partisan divide and unite our country. "We believe that the young [adult] generation can be the antidote to partisanship and can lead our nation out of gridlock," states Steven.

In 2013 in the wake of the government shutdown, MAP organized the first-ever millennial-focused caucus in Congress, named Future Caucus and made up of the youngest Congressional members in both parties. Since then, MAP has expanded into 15 state legislatures and has become the largest nonpartisan organization of millennial policymakers in the country. Says Olikara, "our group has pioneered some of the most innovative legislation on entrepreneurship, the sharing economy, student loans, clean energy, veterans employment, and more."

Steven has often mentioned that millennials have a disillusionment regarding politics and MAP aims to connect his generation to the vast leadership opportunities that are within their reach.

In January 2017, Steven was named as one of Forbes Magazine's 30 Under 30, celebrating his work as a young entrepreneur, activist, and game-changer in the field of Law & Policy. Steven has been named the Millennial of the Year, an Aspen Institute Ideas Scholar, and one of the Most Influential Leaders Under 40 by Washington Life magazine.

Learn more about the Millennial Action Project at millennialaction.org, and for more alumni stories, district updates, and to connect with fellow alumni, follow Elmbrook Schools on LinkedIn. To recommend an alum for our series, please click here.